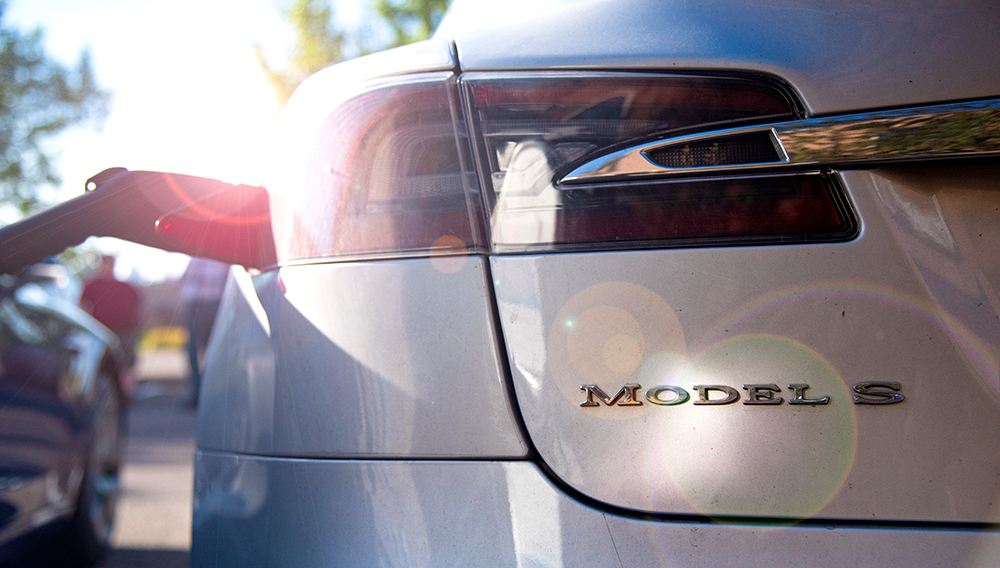 Between August 23 and September 16 of last year, 1,790 people entered the Electrify Your Ride Sweepstakes, sponsored by Minnesota Power, Great River Energy and its cooperatives, and Otter Tail Power Company. Coordinated by Drive Electric Minnesota staff as a way to increase electric vehicle (EV) knowledge around the state, the five winners of the sweepstakes won a week in a Tesla Model S.

As a preamble to the sweepstakes entry process, we included a brief quiz about EVs and EV charging. While the scores on the quiz didn’t affect an entrant’s chance of winning, it was great to see that folks are so knowledgeable about EVs. Here are some highlights of the quiz:

Congratulations to East Central Energy Customers, who submitted 833 unique entries! These entries accounted for 46.5% of all entries.

Following a drawing, five lucky folks won the chance to spend a week in a Tesla from October 14 through November 7. Here are a few highlights from the winners:

Calenn Heppner, an East Central Energy customer, took full advantage of the Tesla. He took three trips from his home in Foreston, MN, to Minneapolis, a 120-mile round trip. He also took day trips to Milaca, MN and Cedar Rapids, IA.

“We plugged our Iowa destination into the Tesla navigation system, and it plotted our route via Supercharger locations to make sure we got there. That was one of my favorite features of the car.” 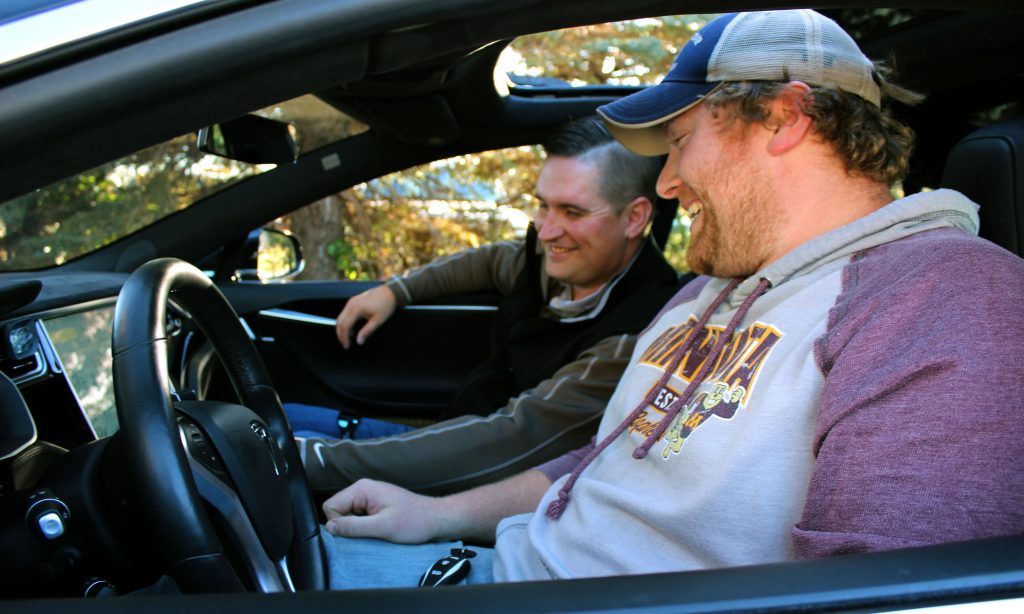 Lindsay Izzard, also an East Central Energy customer from Foxboro, WI, drove at least an hour and half every day, commuting to work in Duluth, MN.

“It was so smooth and quiet…lots of bells and whistles. I liked the questions from onlookers. There really was nothing I didn’t like. Honestly, the only thing that would keep me from buying an EV is the price.” 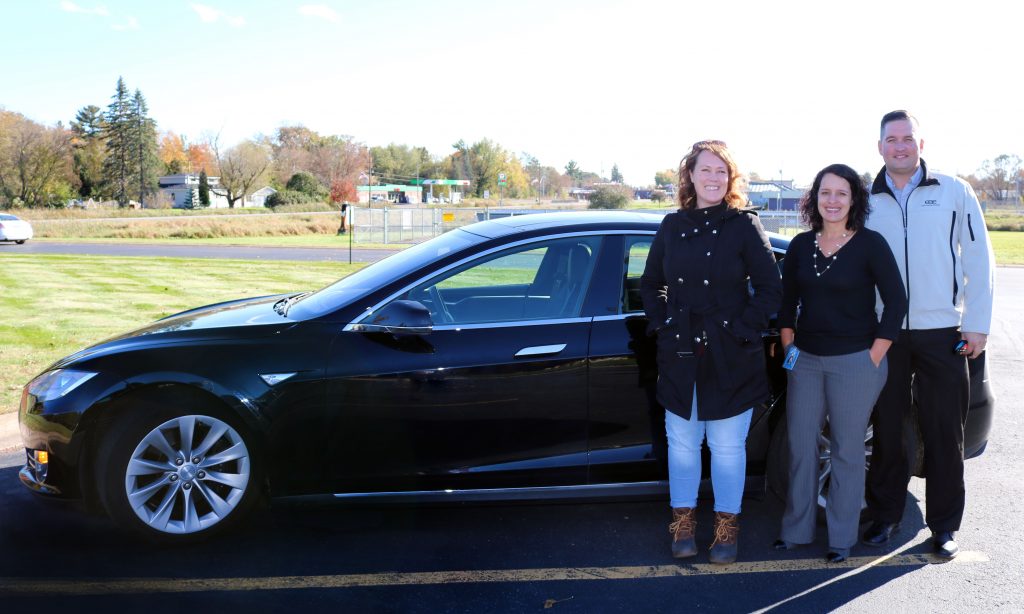 Learn more about Lindsay and Calenn’s experiences on the ECE site.

Runestone Electric also had a winner in its territory, Sheila Schilling of the Miltona area. Sheila made trips to St. Cloud and to the Twin Cities, driving the car as much as she could over the week.

“Having the Tesla for the week was awesome. Fun! It was exciting to have an electric car because I really didn’t have much knowledge of one. I had never driven one before. So, I tried to drive it as much as I possibly could.”

Terry Peoples of Gilby, ND won from Otter Tail Power Company (OTPCo). Like other winners, Peoples took full advantage of a week in a Tesla and drove 1,250 miles in seven days.

“Driving an EV makes sense for most of the average person’s daily driving. And they’re very affordable to operate. My daily commute to work is 56 miles round trip. At an estimated 10 cents per kWh to charge, it would cost me just $2.50 to $3.50 round trip per day.” 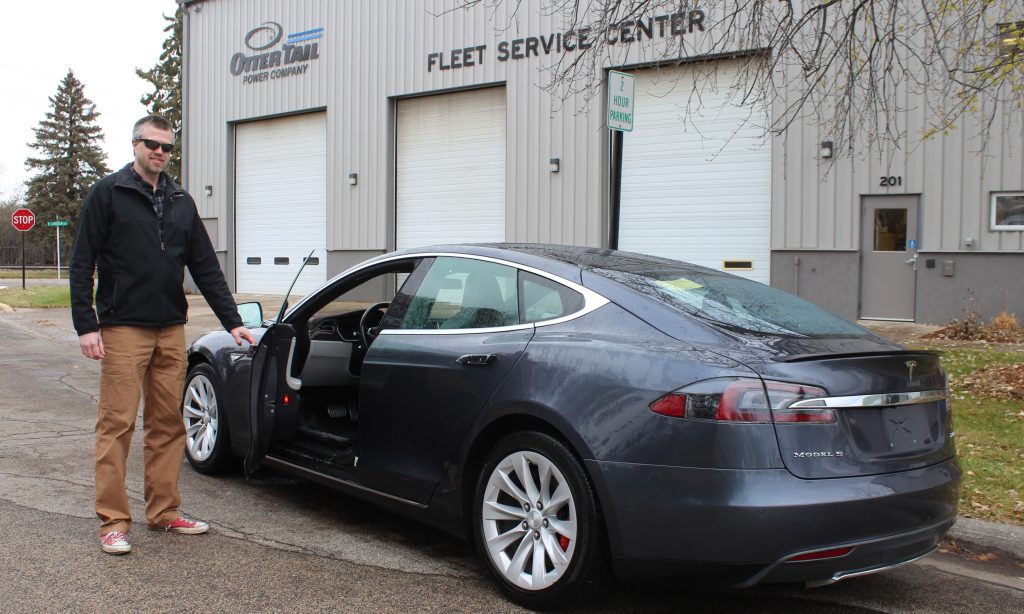 Tune in to Terry’s full experience on OTPCo’s website.

Minnesota Power’s winner, Janell H. from Bovey, MN equally enjoyed the experience of having a Tesla for a week. She enjoyed its smooth, quiet ride and was surprised by its torque. She indicated that it “seemed so advanced, I felt like it knew where I was going before I did.” 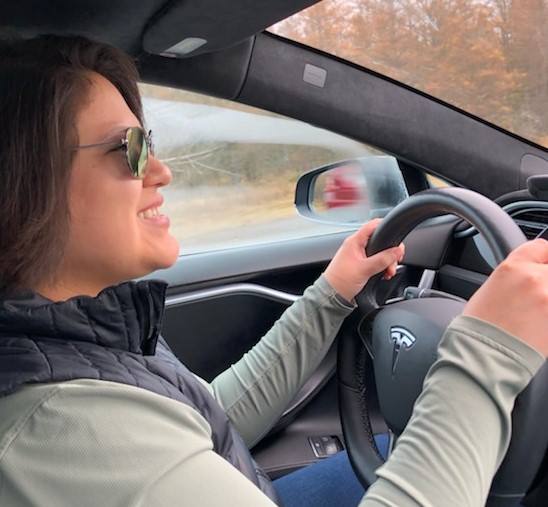 Congratulations to all the winners and thank you to our partners and everyone who entered the Electrify Your Ride Sweepstakes! And keep your eyes peeled because there might be another chance to win a week in an EV coming soon!