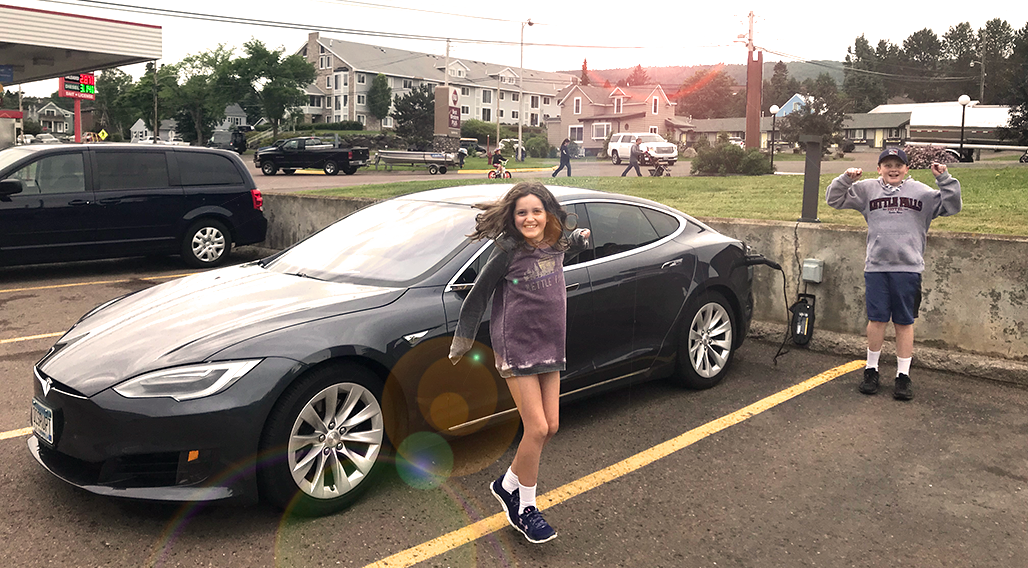 The American Automobile Association (AAA) expects 100 million Americans and more than 50 percent of families to pack up the car for a road trip this summer (even more than last year).

In Minnesota, the popular trip ‘Up North’ to Lake Superior is the first to go fully electric with the Interstate 35 corridor now boasting enough chargers to power any electric vehicle (EV) from the Twin Cities to Duluth. Historic Highway 61, made famous by Bob Dylan’s acoustics, is also now electrified with chargers located near popular recreational and historic stops.

Sam Villella is one of those drivers whose family thoroughly enjoys exploring tourist attractions while their car recharges and knowing the trip helps benefit the environment and economy. A member of Drive Electric Minnesota, we interviewed Sam to learn about his electric road trip experience (he’s also owned hybrid and fully electric vehicles from Chevy, Nissan, and Tesla).

“My kids love stopping at Tobie’s Restaurant for treats, and there are a million things to do in Canal Park in Duluth, Gooseberry Falls, Tettagouche State Park, the list goes on and on.” Villella said. “The fact that so many locations have EV chargers now makes it easy to just go where the day takes us because we can plug in and charge while we’re off seeing the sites.”

The network in Minnesota includes a number of DC Fast Chargers that can “fill up” a vehicle in only 30 minutes. Villella says it’s a promising change over even just a few years ago when there were limited chargers and drivers often had to rely on the slower charging 110 Volt outlets when they stopped somewhere for the night. He says adding the chargers will be a boon for businesses in the state.

“EV drivers are a loyal bunch and they will go out of their way to support businesses that support infrastructure.”

While Villella has been an EV enthusiast from early on, his wife took some convincing.

“Her biggest hesitation was the reliability. That’s why the plug-in hybrid Chevy Volt was such a good starter vehicle for us. There’s nothing a conventional car can do that the Volt can’t. Even if you’re not able to get to a charging station, you still get 45 miles-per-gallon running on gas.”

The State of Minnesota has recognized the opportunity that EVs represent when it comes to economic and clean air benefits. The first coordinated effort to outline a statewide vision for increasing EV use was released in February 2019 by three state agencies and Drive Electric’s parent organization, the Great Plains Institute.

The vision describes strategies for increasing EV use in the state by 20 percent by 2030 and powering 20 percent of the light-duty cars with electricity by 2030. The report also illustrates the current, future, and proposed corridors for charging infrastructure across the state. With I-35 covering a major north-south route, the next major build out is happening on the east-west corridor on I-94. 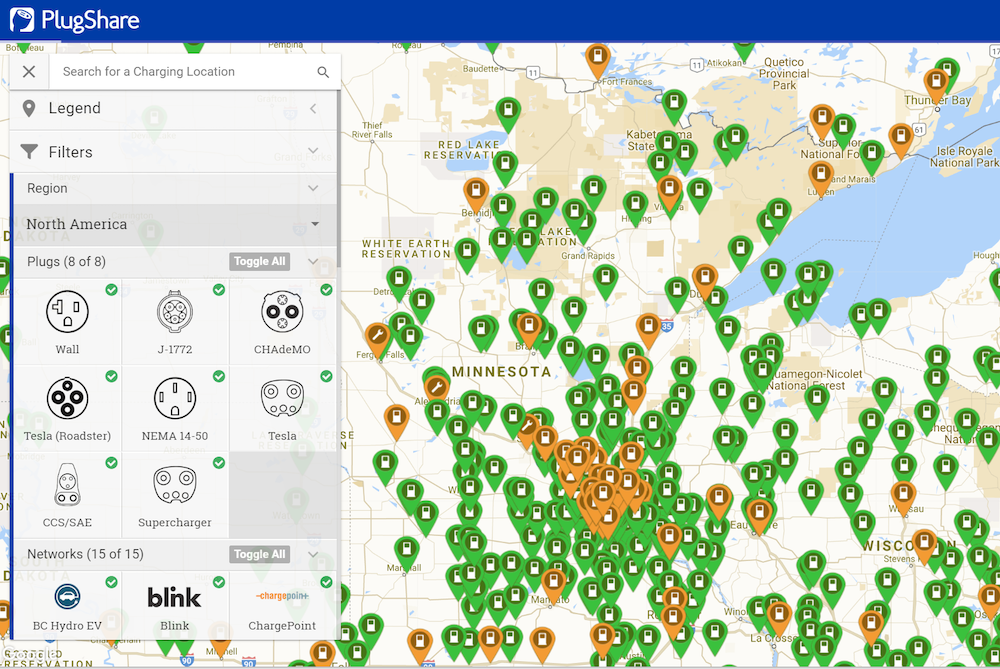 Villella thinks realizing this vision is possible because people who get behind the wheel of an EV quickly understand the transition is likely easier than they expected, and they enjoy the benefits of a lower maintenance vehicle that’s good for the environment and really fun to drive.

With longer ranges for EVs on the market and more infrastructure coming online in Minnesota, Villella believes the transportation evolution could be just down the road. Not only is his wife a convert, Villella says his kids (ages 11 and ten) have only ever known life with an electric-powered family car.

“My kids have never known us to stop at a gas station for gas. They think gas stations are just for doughnuts,” he said.

Drive Electric Minnesota has created an interactive map showing what amenities are within walking distance (.03 miles) of the state’s DC Fast Chargers.

You can read Accelerating Electric Vehicle Adoption: A Vision for Minnesota on the Minnesota Department of Transportation’s (MnDOT’s) website. The vision was created by MnDOT, the Minnesota Pollution Control Agency, and the Great Plains Institute (which facilitates Drive Electric Minnesota).

Keep up-to-date with all Drive Electric Minnesota news by signing up for our newsletter.

Diving Into the Data: Minnesotans Going All-In on Electric Vehicles

Plug into Minnesota and Electrify your Next Road Trip up North