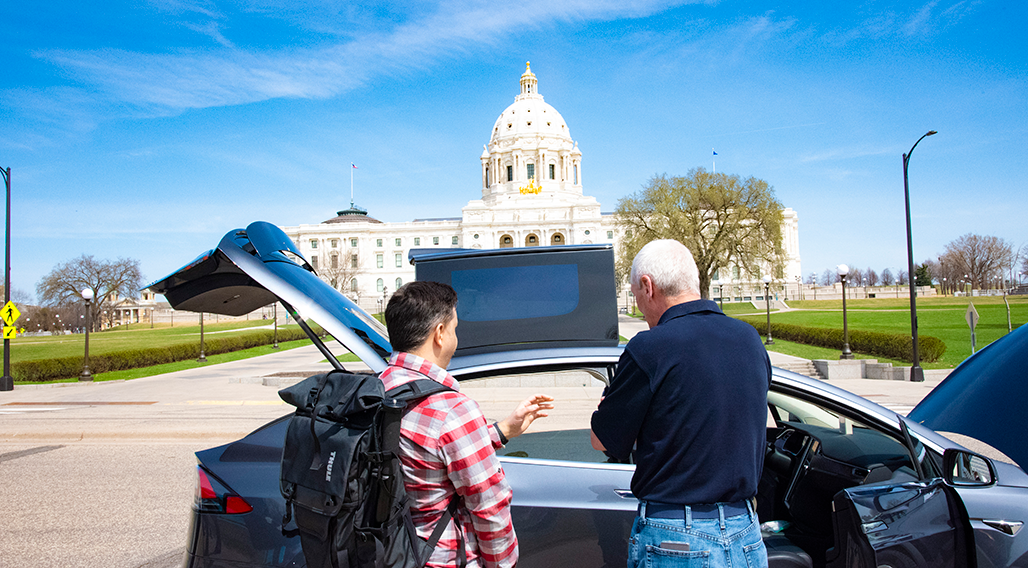 We communicated a great deal about electric vehicle (EV) bills in the Minnesota legislature this year given their potential to shape the trajectory of EV adoption in the state. Some of the proposals would have increased EV adoption and infrastructure while others would have put up barriers. Minnesota’s legislature officially adjourned on May 20 and then completed its work in a short special session a few days later. So, what happened on EVs?

The legislature did no harm this year and progress will continue, along with increased awareness of the many economic and environmental benefits EVs can bring to Minnesota communities, businesses, and consumers. It’s mostly good news. Most notably, attempts to raise the special tax on EVs failed. There were bills that would have raised the current $75 EV tax to as much as $250. This would have been unfair, making EV-owning taxpayers pay thousands of dollars more over time in gas taxes and other highway taxes than owners of equivalent gasoline cars. Similar taxes have slowed EV sales in other states. GPI analyzed the impacts of these taxes and published information on how much more EV-driving taxpayers would pay if the tax passed. The EV tax was not increased and that is clearly a “win.”

Legislators on both sides of the political aisle put forward proactive legislation to promote EVs. Stand-alone EV bills were introduced on a range of issues, including bills and funding to support investments in charging infrastructure, electric buses, and EV sales incentives. A number of these provisions passed the House floor—which is the most ambitious EV agenda to ever pass a body of the Minnesota legislature. It is unfortunate that these provisions didn’t make it all the way through the process, but the House passage still represents progress.

(You can read our summary of all the EV provisions that were under consideration this year.)

Momentum building toward greater support in the coming year

We’ll continue to build on the progress made as we look to next year. There is tremendous momentum around EVs in the state of Minnesota and the legislature did nothing to slow it down. A few examples:

The state’s EV industry will continue moving forward and will attract more and more champions as communities, businesses, and consumers recognize the benefits that EVs bring, from cleaner air to saving money.

New White Paper: Electric Vehicles Have Potential to Transform the Grid with Previously Unrealized Benefits in the Midcontinent