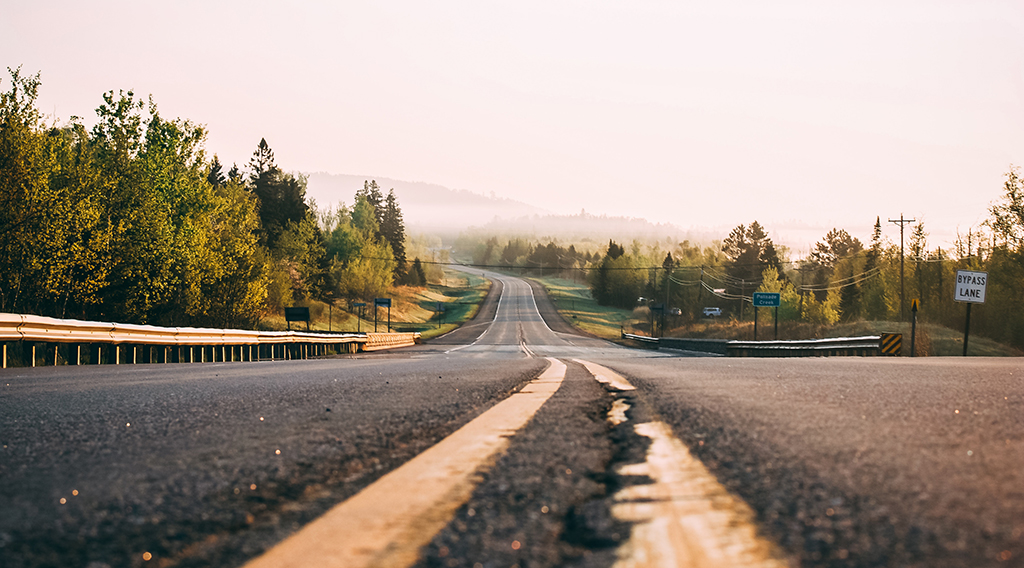 Minnesota’s emerging electric vehicle (EV) industry is at an important pivot point. After years of effort by many people and organizations, the conditions are right for growth in EV adoption with the numerous economic and clean air benefits that come with it. This is an update on the status of EV proposals currently in play at the Minnesota Legislature.

Minnesota legislators on both sides of the political aisle are supporting policies and investments that will complement the efforts of Minnesotans around the state—from consumers to business and community leaders—to promote EV adoption and infrastructure. The House omnibus jobs and economic development, energy and climate, and telecommunications policy and finance bill (HF 2208) contains a number of examples. This bill supports the adoption of EVs in the following ways:

Unfortunately, there are some senators who seem determined to slow down progress on creating an EV industry in the state. Senator Jeff Howe’s (R) EV tax proposal, which originally established a $250 special annual EV tax and a $125 annual tax for hybrid vehicles, was incorporated last week into a major Senate transportation finance and policy omnibus bill, SF 1093. This bill has lower but still unacceptable taxes of $200 for EVs and $100 for plug-in hybrids. The bill also adds a new kWh tax at EV charging stations. Advocates for EV taxes claim that they are addressing a perceived unfairness with EVs not paying gas tax, but our analysis (see Figure 1) shows that EV owners would pay thousands of dollars more towards highway funding if this provision passed, not to mention additional taxes for EV charging. If these provisions pass into law, they will slow adoption and endanger potential future investments in growing this industry and establishment of important infrastructure in Minnesota.

Figure 1: Electric vehicle owners pay more per year than comparable vehicle owners in registration tax and motor vehicle sales tax. This more than makes up for the motor fuel tax that they do not pay. 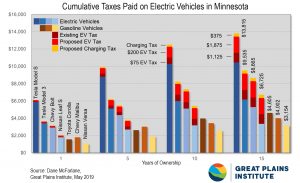 Note: Gas taxes and the EV charging tax are estimated based on driving 10,000 miles per year, which is the average vehicles miles traveled per capita in Minnesota.

Clear divisions have emerged regarding these unfair and unwise new taxes. During the April 10 hearing of the Senate Transportation Finance and Policy Committee, Senator Osmek introduced an amendment to eliminate the EV tax provisions from the omnibus transportation finance and policy bill. He was joined by Senator David Senjem (R) and a number of Democrats. The amendment lost on a tie vote (7-7), meaning that the EV taxes only narrowly stayed in the bill. The state of Georgia’s experience tells us that there are real stakes in this debate. Georgia offered a rebate worth $5,000 per EV sold through 2015, resulting in an EV share in Atlanta at four times the national average. In 2015, the legislature let the rebates expire and added a $200 annual EV tax. Sales plummeted to well below the national average. Overall, there are more reasons to be optimistic than pessimistic. The provisions in HF 2208 would make a difference in supporting this emerging industry in Minnesota. There has never been such an ambitious EV bill in Minnesota. It is encouraging to see bipartisan support for EVs, and support for EV bills in both the Republican-controlled Senate and the DFL-controlled house. It is also a great sign of progress that there is emerging bipartisan opposition to EV taxes that would discourage the growth of this new industry. Of course, it is disappointing to see EV taxes continuing to move forward. With just a bit over a month of the legislative session remaining, a coalition of Minnesota’s electric vehicle champions, Drive Electric Minnesota (which is facilitated by GPI), continues to encourage the good policy and discourage the bad, hoping more leaders realize the economic and environmental benefits of EV-forward policies that will steer Minnesota in a positive direction for the future.

Don’t miss updates from our Transportation and Fuels Program (and more!)–sign up for our monthly newsletter.

Photo by Brett Patzke on Unsplash